The Evolution of European Languages As The Result Of Triadic Activities

Origin of Indo-European Languages
- In defeat of the contemporary PIE reconstruction practice -
29.11.2021

This is additional material for convenient access, extending and supporting the explanation provided in Treatise of the Lechitic Language.

Slavic as the "uncodable language" - decoding is not based on phenomena in the acoustic space but rather on the reconstruction of the motor argument. Strong variations of the sound effect are correctible in the motor domain. Attempts to systematize the language based on classes of sound phenomena (and several other effects) have led to a divergence of a single dominant Uralo-Indianic language into many subgroups, among which the IE group is the most dominating.
The original language has used easy to produce motor groups at the lips and in the throat, by this contradicting reconstruction results made for PIE.

The palatine pressure map of the Slavic speakers indicates that they are the "owners" of the IE language = hunno-slavic. The various orthographic faults can be corrected on-the-fly by palatine speakers to restore a range of original vacabulary capable of explaining the more figurative meanings of words (etymological root meanings). Therefore, they can decode czara based on other IE languages, even if the native speakers are successfully confused.

The Indo-European language group was always co-evolving with systems of writing in its various stages. Czara (playful or criminal language distortion) performed on the respective stages works as a word generator. The application of czara is directly responsible for the fact that we can richly create pallindromes and annagrams.

The Hunno-Slavic language arose from Uralo-Indianic languages. The Turo-Germanic (=Heromaniac/Ramanic) language group took a path to prefer the analytical structure and prepositions. Articles are the result of Hunno-Slavic endings put to the front. Of course, articles won't be generated in absolutely all cases of language inversion, but Turo-Germanic speakers begun to systematize an error until it became a grammatical feature. While the random order properties of the western language group disappeared, the Hunno-Slavic language branch retained this property by attaching postpositions (aka inflections).

However, another strong force responsible for the differentiation of the original Indianic language into Hunno-Slavic and the Turo-Germanic dialects was the level of use of Czara. Czara means darkening/obfuscation and it implies an early use of Indianic writing.

Czara relies on the fact that our brain is rejecting costly to process signals - the ones with error correction costs attached to them. To make you understand, what Czara means, please consider the following samples. The following Slavic phrases (top) should easily associate western interpretations by reverse reading (bottom):

Please note that mirror reading is just one of several Czara techniques.

The mirror reading czara was applied for the following reasons:

Non-Slavic IE languages arose from the same Uralo-Indian trunk. Greek, Romance and Germanic languages diverted from them due to the intense use of Czara, poor orthography and iterative changes to language aesthetics (beautification process). At some point, the changed language aesthetics have led to the marginalization of Hunno-Slavic elements due to their barbaric sound. With the appearance of narrowed down meanings provided by "returner vocabulary", the Slavic language branch arose, which has begun to limit the use of some lexems, which have become frequent fragments of absorbed "non-Slavic" vocabulary. Their "wrong use" by foreigners has led to a reduction of the frequency of their use, for example for Ri+Ca, Ve+Ra, Me+Na or Go+Da. Nevertheless, these Lexems and their combinations are 100% Hunno-Slavic and still in use. Their presence in Slavic languages does not indicate borrowing. There isn't even a good first hypothesis how this borrowing could have occurred so evenly across a continent, not speaking of the fact that motor program variations are semantically proximate only in Slavic. Western language branches did not borrow from Slavic either. It is basically a very distorted Hunno-Slavic. Slavic speakers, when following some rules for Czara decoding and using "established phrases" in ancient texts, will be able to retrieve original meanings in enough many cases. To support comes art, where certain attributes of pagan "religion" cannot be understood prior to understanding the witty phenomenon or riddle expressed in the Hunno-Slavic language. 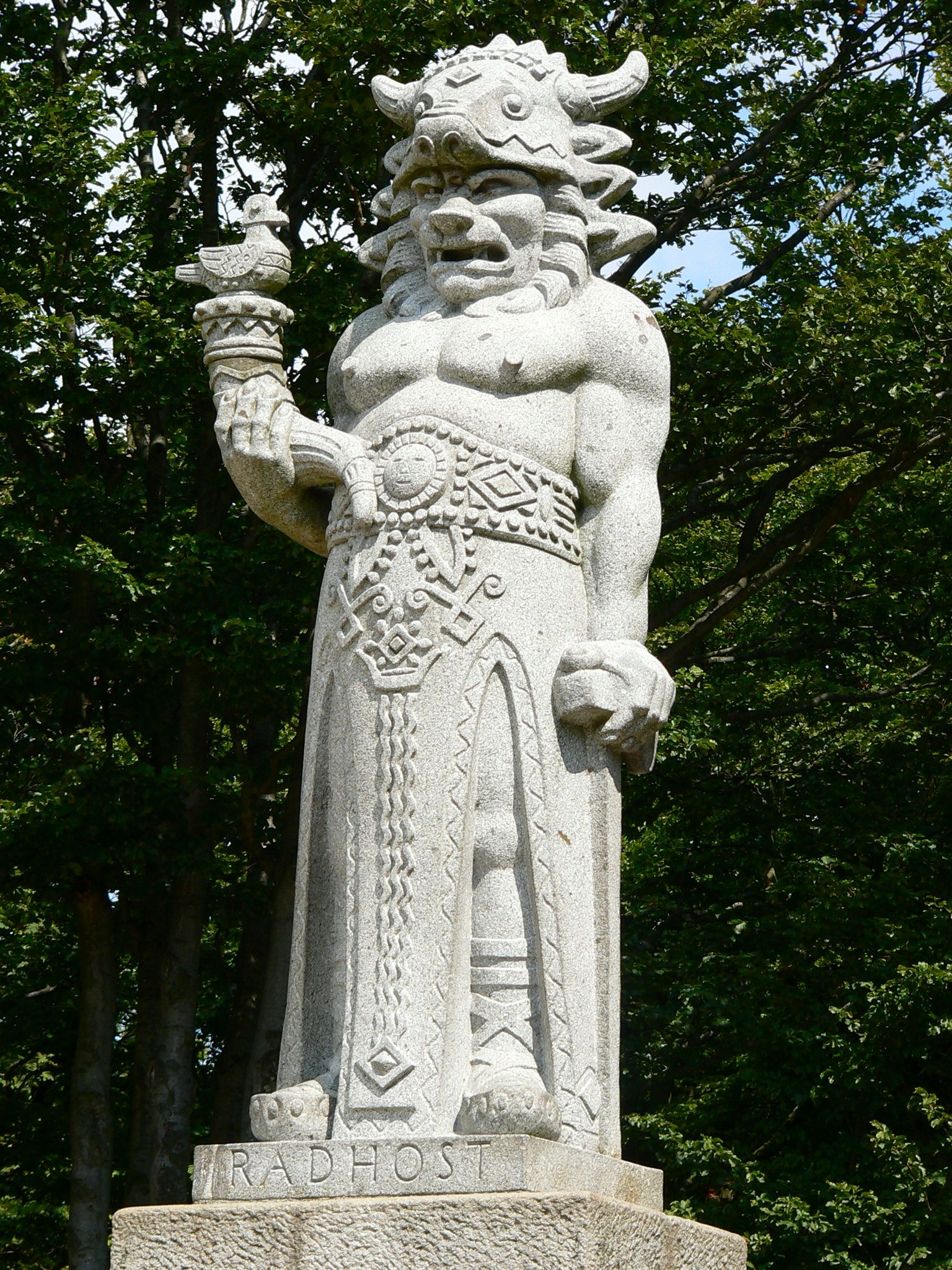 Where the following iterpreations are possible for the base subscription:


The separation of Turo-Germanic languages was not merely driven by dialectical phenomena, but rather a consequence of deliberate and artful distortion. Ultimately, this striving for simplicity, easier speakability for non-whites, has led to an unability to "speak right" - i.e. Hunno-Slavic. Therefore, attempts to reconstruct a Proto-Indo-European language by the idea of a mechanical reversing of the language evolution must end in utter nonsense, called PIE. You cannot reconstruct the original language of the western branches without reconstructing the deliberately introduced distortions. Luckily for us, nothing needs to be reconstructed at all. The Hunno-Slavic language branch is still there and contains all ingredients for understanding the language evolution. It is only still despicably "barbaric".
To get closer to the understanding of our languages, you must try to do the following:


Let us put it in positive terms: The fast evolution of culture on Roman, Greek and middle-eastern territories has also accelerated the distortion of the Hunno-Slavic where it is at a point now, where it now counts as a separate CENTUM language group. The eastern SATEM group is less of a riddle. It is simply distorted roughly proportionally to distance from the IE's center.

Co-evolution of Y-DNA haplogroups and language. Language continuation as a feature of tribal/triadic "father/bear cult".

Modernization and beautification (beaut = poład) of language can be understood as a process of language compression to accomodate a broader range of concepts.

Example of evolution between the word DECH and modern Germanic words like TUCH or DUKE. As a matter of rule, the semantic requirements of language evolution usually do not permit the reverse evolution from Greek/Germano/Romanic to Slavic (aside of "returners"). For example, the word "public" can only be traced back to "ruwlica" (anybody). This line of association cannot be reverted. Another example would be the Greek word chaos, which has evolved from hałas, głos and the root KU+AZ and not vice versa. This line of evolution is also in agreement with the geographical line of dialectal occurrence. In the case of the Polish language, it retained "ku jas", "głos", "hałas" and "chaos" in the common daily use. In fact, the word "hałas" is an intra-slavic returner from the Slovak "hlas". Another such intra-slavic returning example are the words "gołota" and "chołota". Therefore, we should understand the evolution of the IE language group as a fast-breeding process from dialects and poor orthography. Nevertheles, proper understanding of the origins of our languages points to Satem sources. The evolution of language from Centum to Satem is also falsifiable by sound shift analysis. The misunderstanding of the Slavic language by foreigners proved valueable in the end as it has introduced many abstracta. Iterative absoroption of returners is beginning to displace original phrases, however. Young people might not be able to discover the appropriate source in their own language - which will prove a problem, once they enter research and get overwhelmed by the large amount of non-native speaker's interpretations regarding PIE.

A substantial amount of modern vocabulary is tracing back to just a few recurring lexems. The original Ursprache was restricted to open syllables with a clear figurative semantic (a lexem), ideally encoded by a hieroglyph capturing the essence of the experience.

Words based on closed syllables were the result of rationalization of long primordial utterances. Vocabulary derived from such syllables can be understood as genuinely native terminology, when they become a charming sequence and have stopped working in their literal meaning, henceforth carrying only a modified, more abstract semantic value. Once this occurs, the word is "beautified", i.e. distorted, as the original meaning is not understood/ communicated. Even though a trace-back to the lexematic roots is then still possible, tracing back such terminology to the very root has limited applications, as the equivalent original utterances would be impractically long, comparable with looking at 1 and 0 of a binary text file. It would not increase comprehensibility of the text. The understanding of the lexematic origins is only of value when studying old languages like PIE or Summerian, where the interpretation can be improved.

For example, the word NAMSHUB is called a magic Sumerian spell to corrupt language. Magical and eery, isn't it? However, lexematic analysis reveals that it is "newspeak" - and it is indeed a means to corrupt language. The lexematic analysis reveals more in regard to the purpose: To hide in disguise and to achieve a secret goal. This is in fact the most important driver to language corruption until this very day.

One final word should be left upon the basic assumptions employed in PIE reconstructions. The dominating approach is to trace back words to older versions of the word, presumably all the way down to the "language of origin". This approach basically assumes that concepts "stay the same" and the pronunciation changes. However, I found that the evolutionary effects of pronunciation are rather inferior to the evolution of semantic, as shown for the word "duch" above. Stiff concentration on the idea of "evolution of sound" is prone to errors of the kind, where words of different origin but now same semantic are aggregated into a single model.

The approach to follow more or less stable speech phenomena and to try to understand their semantic evolution may appear difficult at first. However, once got used to it, the line of associations is easy to build and to confirm because languages like to reuse building blocks all the time. It is often easy to see that a certain interpretation can arise at a certain stage and confirm it with similarly sounding vocabulary of the same language. The English language is of good substance for this approach, as it contains many similar sounding words differing mainly by orthography. Additional confirmation, if available, brings knowledge how people of isolated regions speak. They don't speak "dialect" - they speak "correctly" and mainstream regularized languages are "the beautiful error".